Energy Voice | UK to beat other countries on 2019 project sanctions

A total of 11 projects, with a future reserves value of more than £3.8billion, are expected to be sanctioned in the UK North Sea this year, according to Global Data.

A new report from the consultancy states 85 projects globally will be sanctioned this year, with huge developments in Russia and Mozambique leading the way in terms of recoverable resources.

The PV10 estimation – the value of future revenues net expenses and discounted at an annual rate of 10% – for the UK’s 11 projects sits at just over £3.8bn, according to Global Data.

Although several single developments to be sanctioned in Brazil, Guyana and Vietnam have larger reserves than these 11 combined, the consultancy puts their value below them.

That comes as many developments “rely on nearby infrastructure” to reduce capital expenditure.

Earlier this month, fellow consultancy Wood Mackenzie predicted 12 projects are on the cards for UK waters. 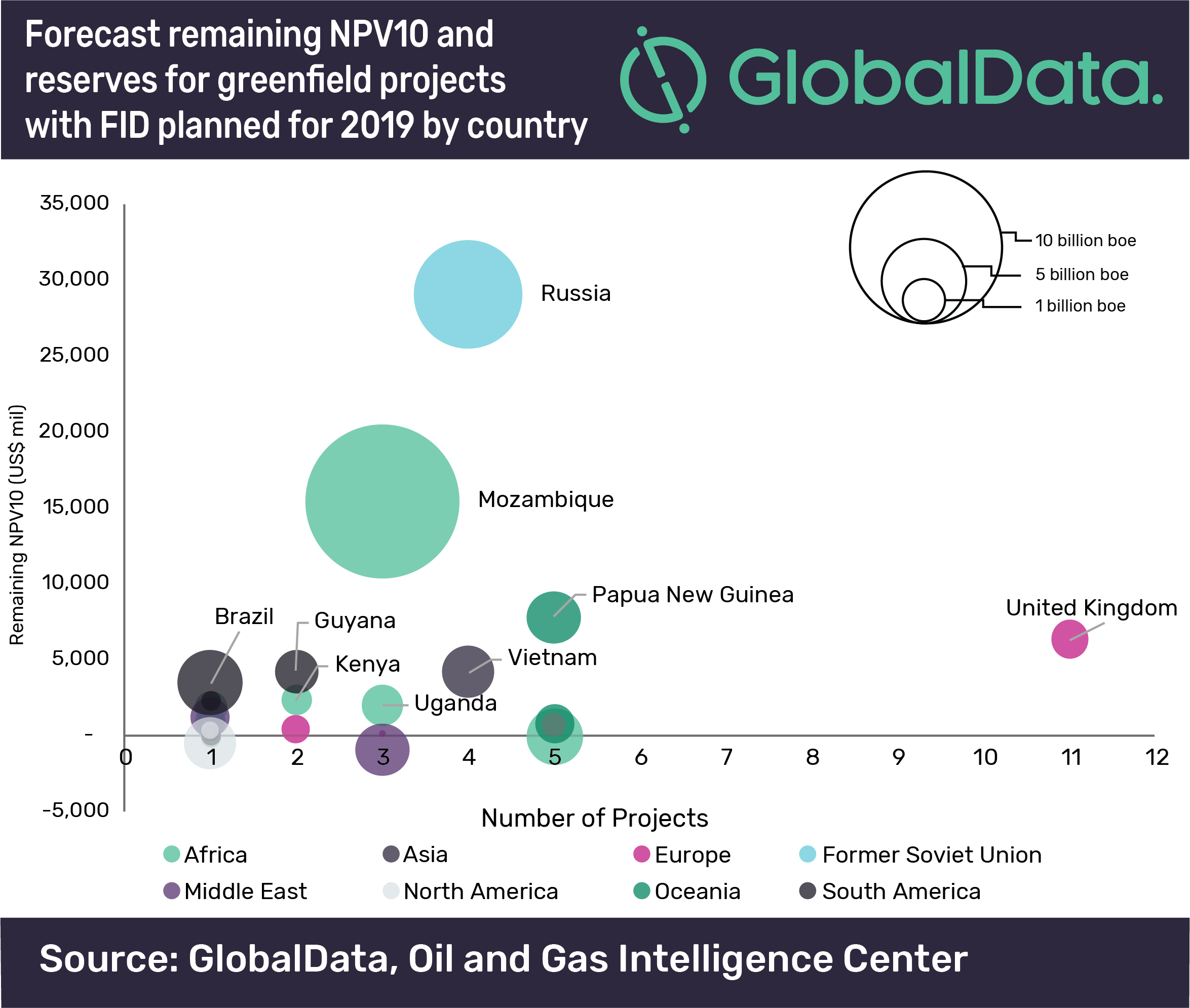 Senior oil and gas analyst at Global Data, Jonathan Markham, said: “Russia and Mozambique have the largest projects with scheduled FIDs in 2019, ranked by recoverable resources.

“These are primarily gas megaprojects intended to supply LNG exports. This trend is reflected in other areas, particularly in the Asia-Pacific region, with major gas developments to feed LNG projects in Australia and Papua New Guinea, and for power demand in Vietnam.”

Volatility in the oil price could a pose a major barrier for some projects being sanctioned in South America, according to Global Data.

Mr Markham added:“Securing funding for these key FIDs is expected to be a major challenge given the oil price volatility and environmental concerns.

“Major integrated companies and government backed organizations are expected to be the primary drivers behind the expenditure on new projects.”