Energy Voice | Total ‘the company to watch’ in 2019, says Westwood

Total will lead the way with exploration drilling this year, according to analysis from Westwood Global.

The consultancy reports the French energy firm will drill a total of 22 high impact exploration wells, making it “the company to watch” in 2019.

Total is by far the highest, followed by Norway’s Equinor, ExxonMobil and Cnooc International.

Westwood said eight of Total’s wells are in frontier areas.

North-west Europe, Central and Southern America are the “regions to watch” with 22 high impact wells each.

The South American nation of Guyana, where more than five billion barrels have been discovered since 2015, will play a key role in future exploration according to Westwood.

Up to 90 projects could reach sanction globally, which could ease pressure on the oilfield services market. 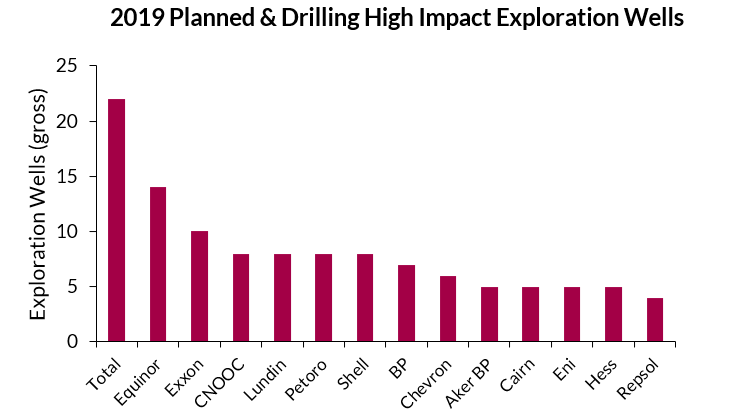 Keith Myers, Westwood’s president of research, said: “This will bring some relief to the hard-pressed supply chain still struggling with overcapacity in most asset classes and many suppliers struggling with commercial terms.

“Expect to see increased contracting in 2019 but limited price inflation.”

Spending will only see a “modest” increase this year, he added.

Despite larger exploration and production companies being in “rude health” last year, spending will only increase by around 10% in 2019 as “caution in boardrooms remains”.