Rystad Energy has announced plans to set up shop in Aberdeen as it forecasts a surge in activity for the UK North Sea.

The Norwegian consultancy, which has bases in oil hubs around the world like Houston, Singapore and Stavanger, said the move is a “ringing endorsement” of the UK’s growth potential.

Rystad predicts activity in the UK sector to pick up over the next two years with the uptick in oil price.

The company aims to be in place at an Aberdeen premises by the end of the month.

It will be led by Craig Jamieson, a senior manager at Rystad, who is originally from the city, and has spent much of his career in Houston.

He said: “With the upturn in oil prices we are seeing that the UKCS is going to grow over the next couple of years.

“The office move comes with that, as well as Rystad’s own growth.

“2018 was Rystad’s biggest year to date. It makes sense to service this North Sea growth with a presence in town

“We wouldn’t be putting an office here if we weren’t confident in the growth potential. That’s a ringing endorsement for the short-to-medium term growth in Aberdeen users. 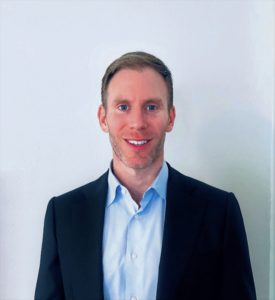 Senior manager at Rystad, Craig Jamieson, will head up the new site.

“Rystad sees the potential in Aberdeen and I do too. That’s why I wanted to come home to start this.”

The consultancy, which provides research and analytics services to the industry, was founded in Norway in 2004 and already has an office in London.

Mr Jamieson said the “driving force” of the new Aberdeen site will be to expand more widely with specialised oilfield services firms, as well as well as financial and academic institutions.

He added: “We wanted a presence in Houston, Stavanger and Aberdeen – the three largest oil and gas bases – and this is the latest step.

“It is going to service other areas than what we have in London, that’s the driving force. It is a more specialised client base so we need people in place to service them properly.

“Services all around the supply chain are the immediate target.

“There are also financial institutions, academic institutions as well as the operators with their presence in the city so it is a four-pronged approach.”

The initial set up will see the Aberdeen site supported by Rystad’s large teams of analysts in London and Norway for the first two months, as the company seeks “quick growth” in the north-east.

Mr Jamieson added: “We have high hopes to grow in Aberdeen and as soon as we win work there will be growth to support that.”