Nothing was ever quite the same for Geoff Bollands or his family after tragedy struck the Piper Alpha platform on July 6 1988.

The nightshift control room operator was one of the survivors of the catastrophe that engulfed the Occidental platform and killed 167 men.

Yet, although he was winched off the Silver Pit and returned to Aberdeen, that was only the start of a very long journey, not only for Mr Bollands, but his wife, Christine (Chris), and the couple’s daughters, Rachel and Hannah.

Now, as the 30th anniversary of the world’s worst offshore disaster approaches, they can make sense of what happened to the extent that Mr Bollands, now 70, has just written a book, entitled Baptism of Fire, about his experiences.

It portrays the ways in which the family were rocked by the post traumatic stress disorder that afflicted Mr Bollands after he had returned from the North Sea inferno.

As he told the Press and Journal: “I was the only one who didn’t realise I wasn’t right when I came back.

“I look back and I think about what I must have put other people through. We knew very little about PTSD in these days, but I honestly thought I had escaped the fate suffered by so many other men, including friends. My behaviour and my refusal to get any counselling help still rankles with Chris.

“It is to her credit that we are still married today. Some of the other survivors’ marriages didn’t survive.”

A decade before the disaster even happened, the Bollands had lost their son, Daniel, who died of viral pneumonia on Christmas Day, while his father was working offshore.

In the ensuing years, they found strength together from work, from their religious faith and from their children.

Mrs Bollands endured all manner of privations from the moment the news broke of the unfolding calamity on Piper Alpha. 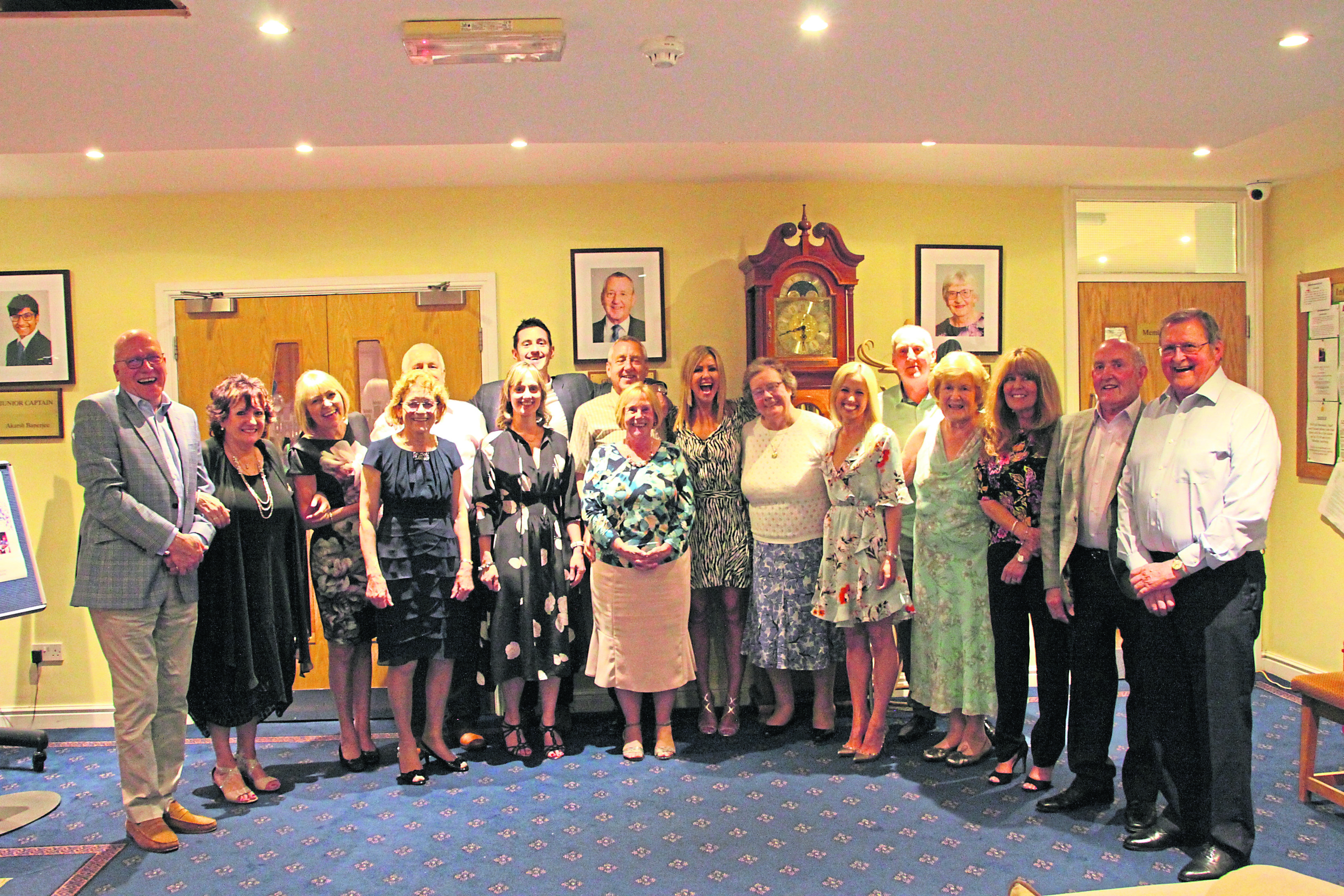 lifeline​: Geoff Bollands and his wife, Christine, with their wider family, together after working through the trauma suffered following the Piper Alpha disaster

She said: “To watch the horrific pictures of the rig where my husband worked on fire and collapsing into the sea, believing that he was still on board, is any wife’s nightmare.

“Geoff came home the following day and life changed from that point on. The next few years were extremely difficult and it was clearly a painful adjustment for Geoff, who was ill, although he wouldn’t acknowledge it.

“His personality changed. He was aimless and would wander around the house like a lost soul and he became aggressive and argumentative.

“Without my faith, and the sure knowledge God was with me, I don’t think we would have survived and be where we are now – but we did and we’re still together 30 years later.”

Eventually, Mr Bollands sought assistance and gradually recovered from the effects of PTSD.

He changed careers and trained as an independent financial adviser, the role in which he still works.

He added: “It’s possible to have a quality of life which seems unimaginable in the early days, months and even years following trauma.

“But you never, ever forget.”

Rachel Bollands was 15 at the time of the Piper Alpha disaster.

She recalled: “Dad was a lost soul for years. Mum says he would disappear for hours and nobody would know where he had gone.

“He would wander from room to room, staring out of the windows.

“He was sometimes angry, sometimes vague. He refused to go to the doctor. Fortunately, my mum did for support.

“One of the saddest things about this time was that our family were the victims of hate mail.

“On one occasion, a chap came to our door and personally delivered a letter to my mum, questioning why my dad deserved to live. Throughout this time, it was mum who held the family together.”

Sister Hannah was only seven when the tragedy happened.

She said: “Often, I would see him standing at windows, looking out at the garden for a long time.

“Thankfully, my mum and dad sheltered us from what had happened as much as they could.

“One day, I was told not to accept any letters or parcels from the postman. A girl at school told me: ‘You only live in that house because of what happened to your dad’.

“It’s only looking back that I can see some of the impact that night had on our whole family life.”

The book Baptism of Fire is published today by Matador, priced at £11.99.