Marine and offshore engineering consultancy Aqualis Offshore has today announced the completion of its jacket installation in Bahrain.

Aqualis confirmed the offshore installation engineering of an 1800T steel jacket structure offshore Bahrain will be part of the Bahrain LNG Import Terminal.

The scope of work took in full engineering services related to the loadout, transportation and float off operation, towing, positioning, and lowering to the seabed and buoyancy tank removal, including all marine procedures. 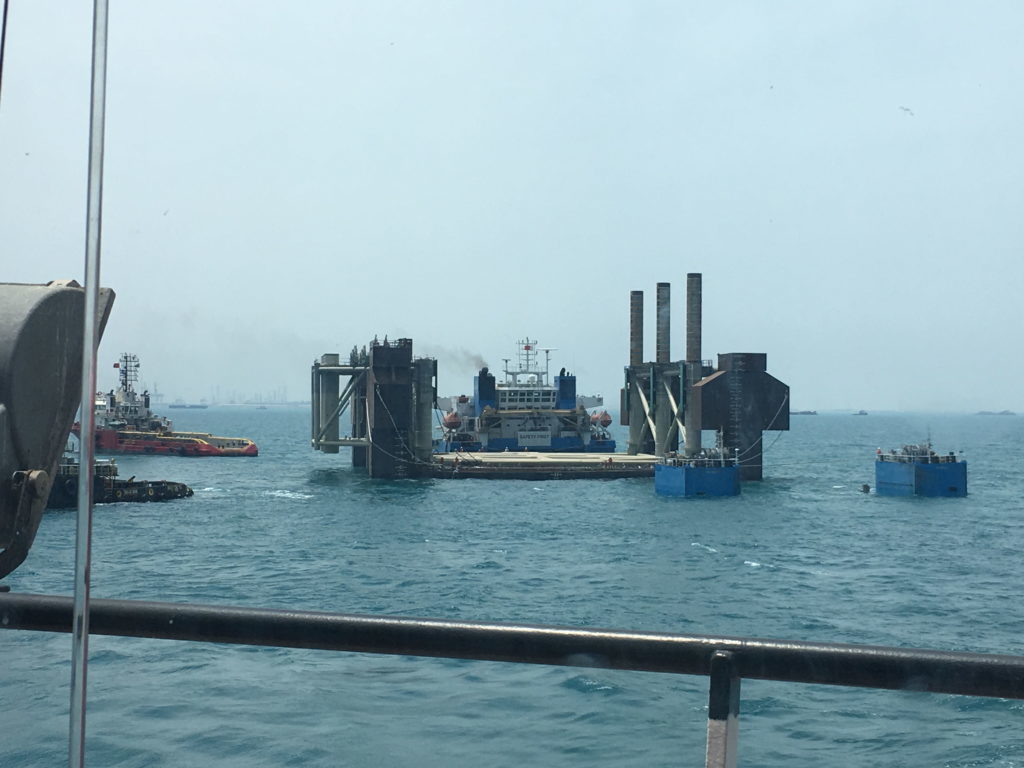 The Wish Way heavy lift vessel was utilised to transport the jacket from SKMT (Samkang M&T) in Goseong Yard, South Korea to its destination at its final location offshore Bahrain at 20 metres water depth.

The associated topside floatover installation will be executed in August 2018.

Phil Lenox, director Asia Pacific, Aqualis Offshore, said: “The jacket, with three of six main piles slotted into the jacket legs, and its buoyancy tanks were loaded out onto pre-installed grillages on the submersible heavy lift vessel using trailers.

“On arrival, the heavy lift vessel was ballasted down for the jacket to be floated off at a suitable nearby site and towed 5km to the installation location in shallow water. Following positioning between the breakwater and jetty structure, the buoyancy tanks were ballasted to lower the jacket to the seabed. After driving the main piles, the buoyancy tanks were removed from the jacket structure by releasing connecting pins and deballasting the tanks for recovery.”